BC or not to BC

Reading Time: 7 Minutes
To be, or not to be can still be sorted, but to prioritize branch, or institute, that is the real question! Many of us have had this dilemma, which has no perfect answer to it. Everyone would say, ‘interest ke according decision lena’ (choose according to your interests), and other ‘helpful’ words like ‘xyz institute/branch is better’ or ‘abc branch mein bahut scope hai’ (abc branch is doing very well – regular scope, not the insti scope yet!).

We do try to gauge our interests, and the offerings of a branch/field, but still, not many of us are able to make completely informed choices. Be it rank, societal pressure (peer, family, neighborhood, Kapoor saab – who’s children couldn’t get ICE), or the lack of sources, and understanding, of what a particular field would actually be. Something ends up preventing us from taking the ‘best’ decision.

To BC or not to BC

This article is to help you get an overview of how branch-changers feel about their decisions, how much it impacted on their life (in general), and CPI (in particular).

Largest chunk of BCs did it owing to ‘No Specific Reason’. This is the fraction this article essentially aims to diminish. Although most of the BCs were satisfied with their decision, majority of the part which wasn’t, came from this segment! On a happy note, a fair share of students have done BC owing to their research interests.

Two other popular reasons are a repulsive DIC, and conversion from a Dual Degree to 4-Year program. Both of them are highly subjective issues, and anyone having such concern is advised to necessarily speak to professors (and/or seniors) in the departments.

How good have things been?

Major proportion of the respondents are extremely satisfied with their decision of BCing. Digging deeper, to see how people stand on other parameters, check the following plot.

In this plot, on x-axis we have how easy was it to adjust in the new branch, i.e. we take into account how amicable the new branch-mates are (also includes how public-mingler one is!). And on the y-axis, we have satisfaction with the branch (including all academic/non-academic aspects). The colour code represents how good BCs think their decision was. 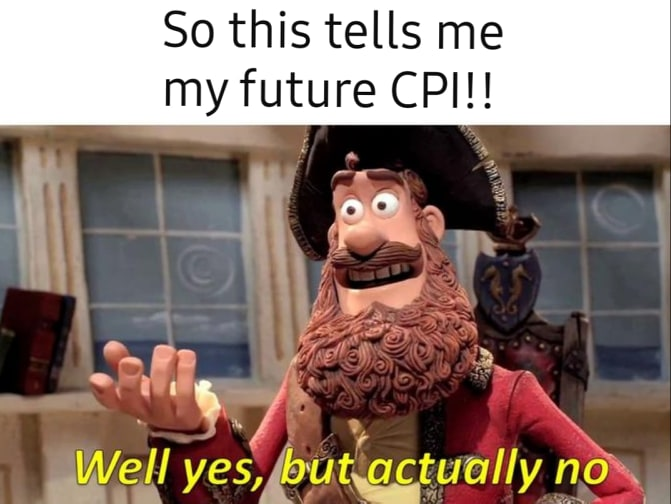 This article has used data of 50+ students, out of 75+ students who BCed in 2017 batch (and a fair share of 2016 batch also, for some plots). Thanks to all of them. The data has been decent mix of all sorts of performance, and therefore is a fine representation. That said, no predictive modeling would be justifiable enough, simply because CPIs are extremely subjective. Quoting Batman (with subtle necessary modifications) – ‘It is not what the data shows, but what we do (in the semester) that defines us (and our CPI).’
Here’s a direct scatter between Sem 2 CPI and Sem 4 CPI.

Interestingly, a fair share of BCs maintain their academic performance during the 3rd sem, but tend to fumble in Sem 4. One possible explanation is that their concern of performing nicely and the thought in the back of the mind that their performance could see a drastic fall are sufficient motivation to maintain the third sem performance. However, the confidence gathered due to a stable (or better than expected) performance here, turns slightly parasitic during fourth sem.
The data does speak so, but a proper hypothesis test isn’t done and nothing can be said with certainty. Nevertheless, all thoses who do BC, perform good in Sem 3, but stay all the more cautious in Sem 4 (:-P).
Branch-wise average CPI changes (and cutoffs)

Everything does fall on a bell-curve! The plot shows the distribution of CPI change (Sem 4 – Sem 2) for all BCs (irrespective of their branch). 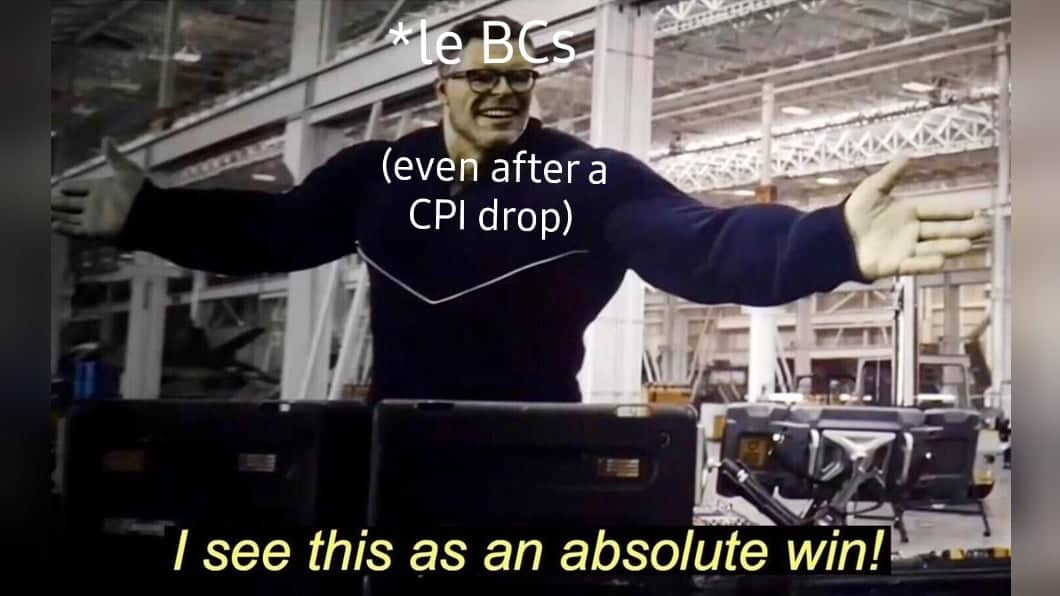 Most of the BCs do see a slight drop in their CPI, but are still happy with the decision. Learnings :

– CPI isn’t everything (and certainly not the only source of happiness)
– If you find the right match (academic interests, peers etc), numbers would matter less.
– This isn’t a generalization. Many BCs do see an upsurge of CPI too.
The most important point, which can’t be left unmentioned – a drop in CPI (in 2nd year) isn’t unique to BCs. Competition analysis, comparative advantage etc are all true, but an equally, if not more, important reason behind this is grading scheme. Senior year grading schemes tend to be more austere and volatile. In short, anyone’s CPI ‘might’ decrease irrespective of a branch change (and therefore, give this factor only as much importance as necessary).
Would you go back (hypothetically)?
Most BCs are sufficiently happy with their decision, and won’t choose using the Time Stone (for revert purposes at least!). Still, ~17% entries might consider it as an option. 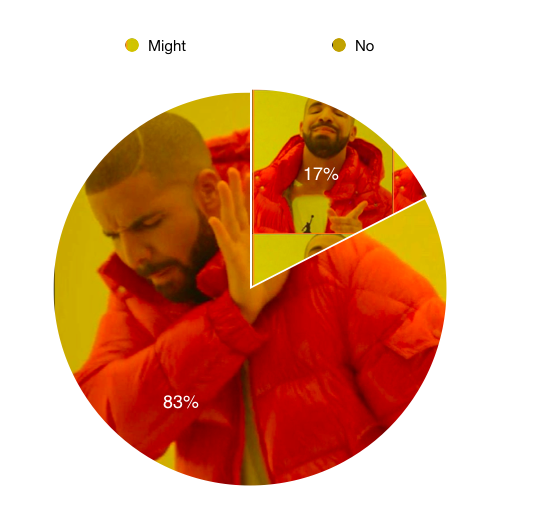 Branch isn’t something which could limit anyone from an eventual fulfilment of one’s aims, and from pursuing one’s interests. But if there’s a possibility of choosing a seemingly more direct path, why not choose it (this is generally the case, also for many of the 17% above, when you have a good enough CPI, but don’t have a good enough motivation). Not all intuitive and easy roads are bad!
Concluding Remarks
Maturity to accept that branches stand horizontally, and not, how the JEE-you might have preconceived, vertically, is the most important ingredient to a good decision. Other things include googling enough, finding interests, and then speaking to profs and seniors about how close to reality all that you’ve googled is. Try to speak to as many professors and researchers as possible (current department and prospective new department). Also, BC can’t be reverted, prefer a wise call over hasty decision. And make sure, to be the ‘balloon you’! 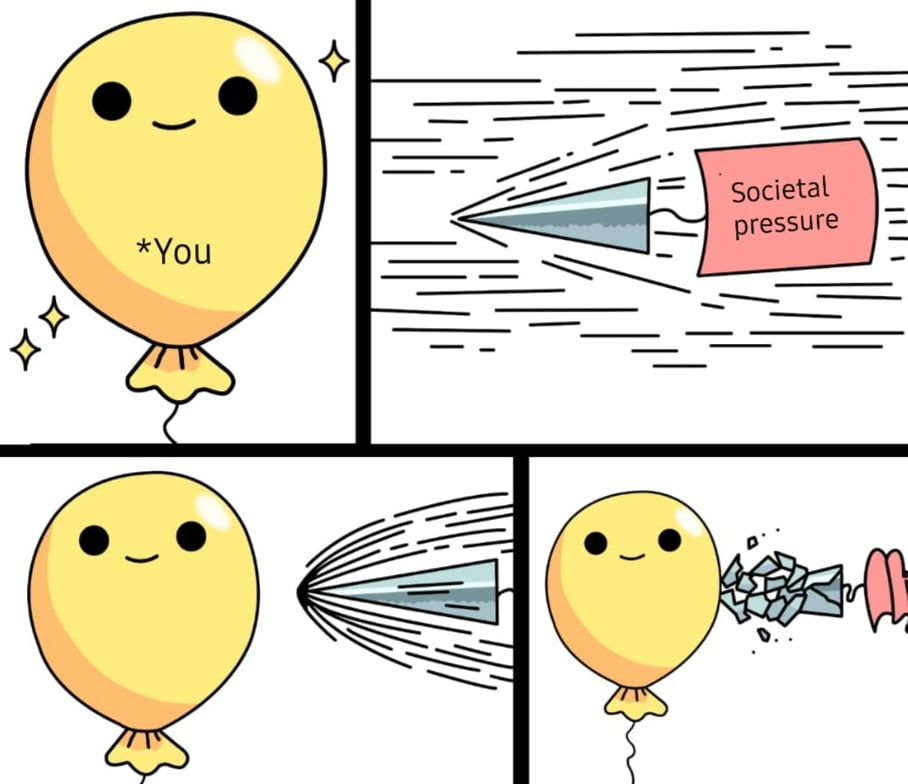 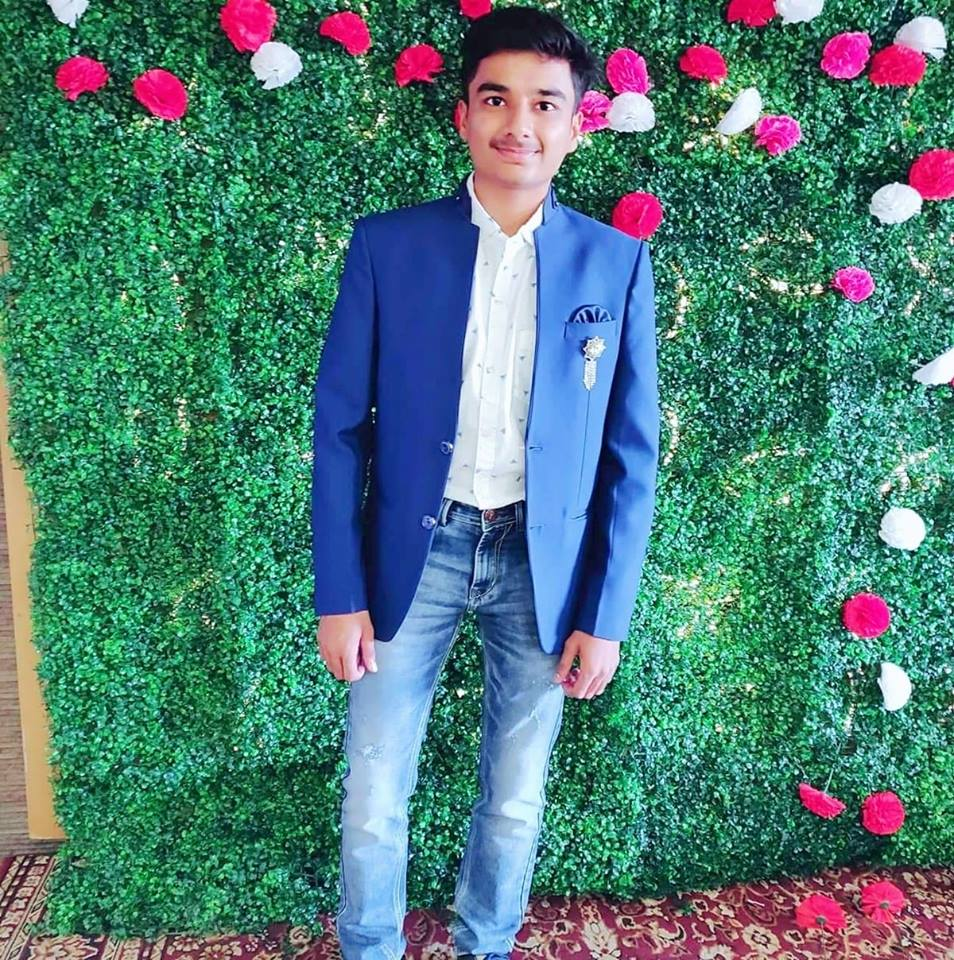 While Wright Brothers were working on the plane, many other scientists told them that, “Heavier-than-air flying machines are not possible”. But now we see thousands of planes flying across the world. So, indeed there has been a lot of development done in Aerospace, and still, we can do much cool stuff in this branch and also we can explore some new developing field in this branch because the sky has no limit. This was kind of my motivation before entering into Aerospace. Today, whenever I think about that summer, I feel really happy that I took Aerospace. I am really enjoying all the courses. I am getting answers to questions which really blew up my mind when I first got them. I am also interested in coding and thankfully Aerospace keeps me attached with that in almost all the course project. If someone is thinking about CPI, then I won’t say there is less competition, but it’s comparatively less than Mech, Elec, and CS. So, I get time for managing my other commitments and exploring new things.
Cherub Kapoor (Going to 3rd Year, B.Tech Civil to B.Tech Mech) –

So, I had not come to insti with an intention of changing my branch. First sem went well and I thought let’s maintain it in my second sem so that I can atleast have the freedom to opt for one if I want to. I did not enjoy the core of either of the branches very much, and I was well aware that my CPI would most probably drop. So, there wasn’t any tangible benefit that I could see while making that decision, and hence I was a little sceptical about it, because I couldn’t reason out the step I was taking. However, one parameter was that the people in Mech are more competitive and ambitious, which means that I would always be on my feet, always trying to work harder. I saw this as an opportunity to grow even further. Another thing was that Mechanical had more diverse exit options and various fields that one could enter into, if I happened to develop an interest in core (or even a core-noncore hybrid) – Robotics, Automobile, IEOR, Research, Plant Management etc. Also, I learnt that more companies were open to Mechanical students, both in internships and placements (I had heard about FMCGs). Plus, a lot of my friends were shifting to Mechanical or other branches, and I knew that I will get a FOMO later on. Finally, the very mentality ki Mech toh Civil ke upar aata hai according to IIT JEE rank list. Hence, with these reasonings and a positive inner intuition, I took a leap of faith and went for the change, and although my DR  has gone down and I may not like the courses, I still think it’s was one of the best decisions.
Anuj Diwan (Going to 3rd Year, B.Tech EE to B.Tech CS) – 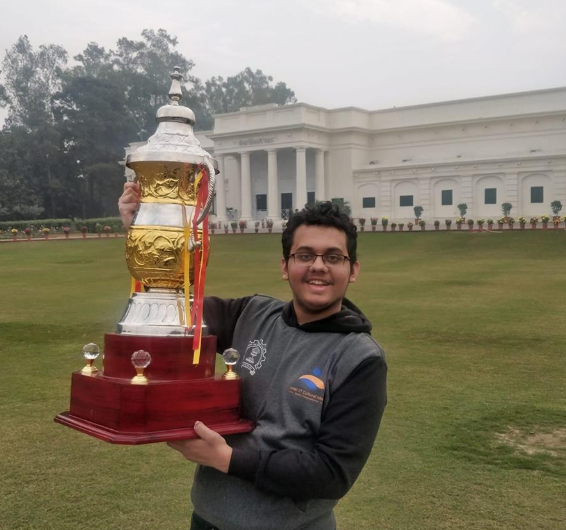 Being a resident of Mumbai, choosing IITB EE at the time of admission was a very natural thing to do since I liked electronics and computers nearly equally well at the time. I have always loved pure mathematics, thinking hard on math problems. After a year in the institute, I realized that I find CS-related subjects like graphs, algorithmic design, data analysis and ML/DL more enjoyable, prima facie, than EE. After talking to seniors in both CSE and EE, as well as people who changed from EE to CSE, I took the decision of changing my branch and I think it has been a great decision.
To decide whether to change branch, my advice would be to ask yourself, ignoring thoughts about job prospects, salaries, and other such factors, whether you will be truly happy and feel joy when in the new branch. If your motivations for changing to CS are driven solely by things like job prospects and income, you might not have a very good time. Asking seniors about second-year courses, life in second year, etc. also helps tremendously in deciding. Research extensively on both your new and old branch to take an informed decision.
Personally, I feel my decision was correct and I have enjoyed my second year immensely doing CS work. While CS has heavy workload and has pretty intense competition, it is a wonderful department to be in for anyone who is really interested and passionate about it. The well-known CPI drop in CSE second year does happen, but is nothing to really worry about if you’re working hard and giving your best to your work. Think carefully, explore both branches in your summer break, and choose wisely! All the best!!
Mrigi Munjal (Going to 3rd Year, DD MEMS to B.Tech MEMS) –

Don’t go after the traditional hierarchy of branches. That’s only the first year. Get out of the JEE state of mind. Only pick a branch if you’re ACTUALLY interested. Don’t go for the glory. There’s no glory in dropping grades and being a mediocrity in a more competitive branch. All departments have the same international reputation if you’re eyeing higher education. All consult companies pay no attention to your department, just your CPI and other achievements.
Shyam Thombre (Going to 3rd Year, B.Tech Aero to DD EE)- 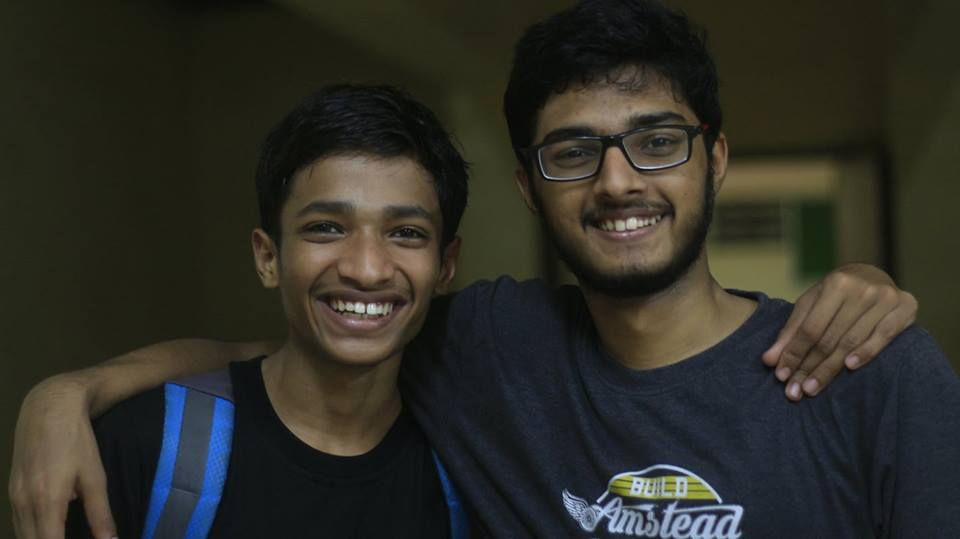 I would strongly advice the students BCing into specific branch to go through the curriculum of that branch and roughly get the idea what it all is about. Then compare it with what the seniors have to say. But most importantly one must be very clear why one wants to change his/her branch. What exactly do they expect in the new branch and is it really the case. Do NOT follow the “Herd Mentality”.
As for BCing into Elec, BTech is the obvious choice for many, which is correct. However, if one cannot get BTech and is going to take Dual, then remember, you CANNOT change your specialization easily, as it was possible in the past. So be sure about the specialization. Microelectronics and CSP are very diverse branches. So go through the topics of each and look which of them you find more intuitive. Finally, don’t be afraid of BCing, thinking you will be alone in the new branch. There will be many BCs into that branch who will be your first friends in the new branch and the family definitely grows.