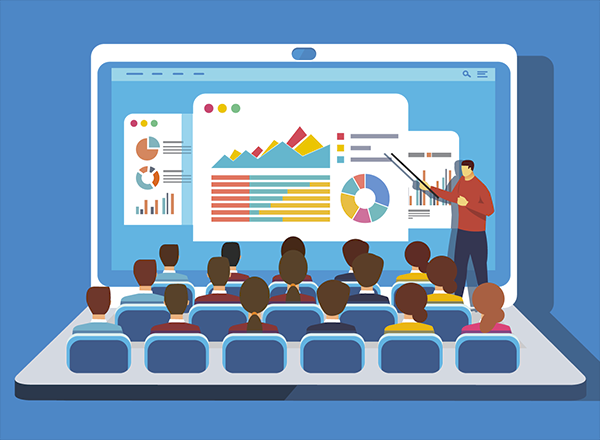 More than half of the online semester is over, and things don’t seem to be looking up. It’s been a trying semester since the beginning, but the longer it goes on, the worse it gets. We’ve seen infinite rants from everyone, but nobody seems to have any answers. We’ve been dealt a difficult hand this semester. In this article, we place our cards on the table ahead of the Open House. 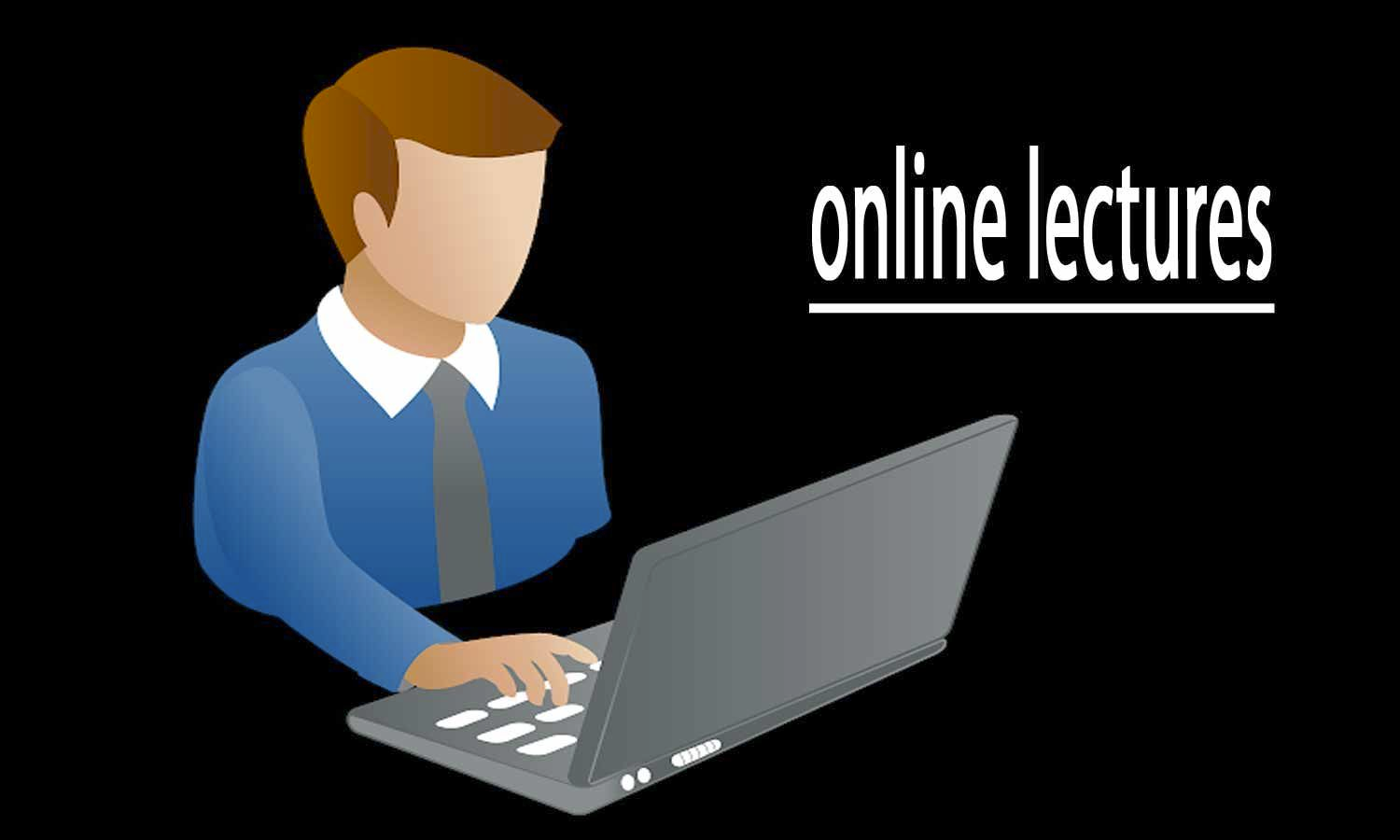 The online semester has brought about many changes, but the way classes are conducted remain the same as they used to during the offline sem. Professors are still teaching using presentations. Given the lack of a classroom environment, this has led to this system becoming quite redundant. There is a need to change the way lectures are conducted, considering the different circumstances in which the online semester is being conducted.

It is quite understandable that students have little incentive to attend classes, given the lack of interaction in most courses, and the fact that recordings of lectures are available for viewing later.

Arguably the biggest problem for the institute is the lack of active attendance of students in most courses. Given the extraordinary circumstances, it is understandable that certain students may be unable to attend lectures on a regular basis, and the institute seemed to allow for this, by scrapping the DX grade. Even after this, certain professors, seeing a lack of attendance in their courses, resorted to awarding marks for class participation or otherwise enforced mandatory attendance, defeating the purpose of the institute’s move. It is really important for the institute and the professors to work together, and it does not seem to be the case in a lot of courses. Even though professors being inflexible are few in number, the very fact that this is happening is problematic. Lack of empathy from professors simply adds to the loss of interest on the student’s part, leading to poor attendance and virtually no learning.

The lectures can be divided into two halves, one dealing with the theory and the other, involving problems to solidify the freshly taught concepts.

There is an urgent need to incentivize students to attend classes, or live lectures will soon see close to zero attendance. 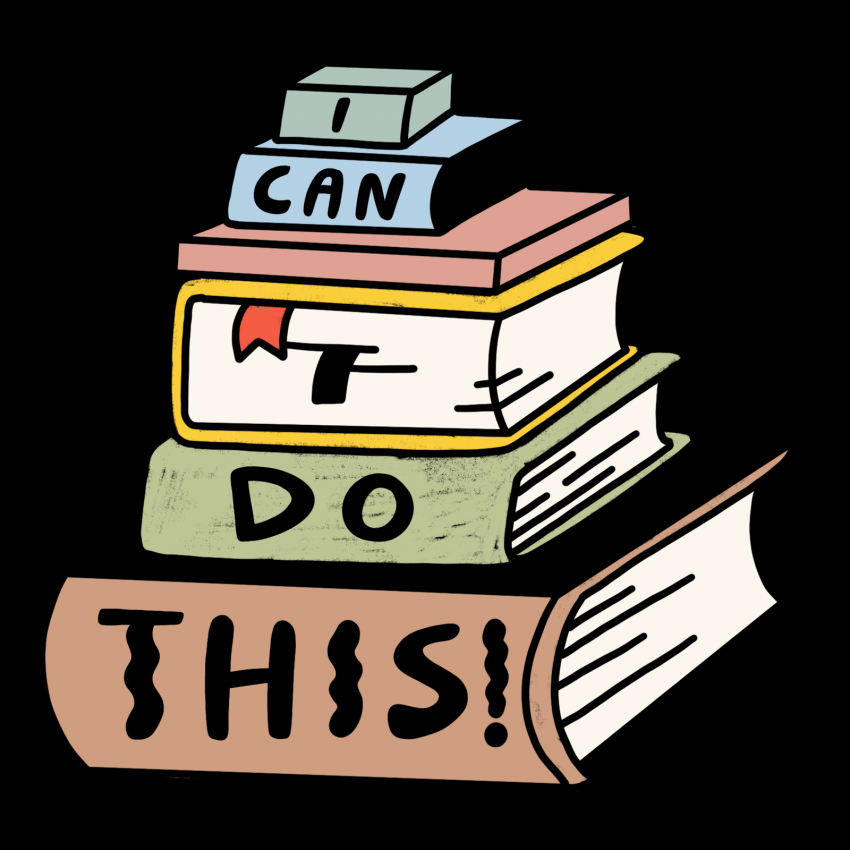 This semester has seen a drastic increase in workload for students. From taking extra classes to handing out assignments like candy, professors are making life incredibly hectic. Adding to this, most students had taken extra credits, expecting the semester to be lighter, so most students are living from assignment to assignment. This could not be better exemplified by the online semester review poll. The poll results clearly indicated that the students are being greatly overloaded, and this is causing a large number of students to suffer from a variety of problems – not just mental, but also emotional and physical. The institute’s decision to drop the W grade came as quite a boon to many students.

During an offline semester, people are able to handle course loads because they are able to collaborate with peers on most assignments and study in groups. In the absence of such a social environment, students barely manage to complete assignments in time for incredibly close deadlines. The institute is also unable to interfere in this since professors have complete autonomy in courses that they are running.

Professors showed no regard for the suggested “dead week” before the mid-semester exams, with people having several quizzes and assignments due as late as the Sunday preceding the exams. The midsem week was seen as a relief to most students since there were no assignments due that week.

The unceasing assignments are a huge drain on students; what the professors simply do not realise is that it is impossible to do this when the average number of credits is 38! That is ~ 6 courses. In universities abroad, where there is a focus on learning and regular evaluation is the norm, the maximum number of courses students take is 4 or perhaps 5. The focus on evaluation more than learning is what’s hurting the students the most. The institute, in an attempt to maximize in-semester evaluation in case the endsems are cancelled, either failed to consider this or greatly underestimated its effect.

It’s no surprise that the online semester brought with it a sharp increase in instances of academic malpractice. Seeing how easy it is to bypass pretty much any form of remote proctoring, cheating is an obvious move for most. And given the sheer number of assignments the average student has in a week, it’s virtually impossible to get by without “collaborating” (read: copying) on more than a few of them.

In spite of its apparent necessity, such widespread cheating leads to several problems that may not be evident to most. We’ll refrain from debating the ethics of cheating since the people who do partake in it have usually made their peace with their conscience; we’ll focus more on why it leads to a devaluation of academics on a larger scale.

The simple fact that copying is getting people marks without studying anything is highly discouraging for those who actually put in the effort to study. And while some might say that “grades are not as important as learning”, marks are usually seen as a manifestation of learning, especially by universities or recruiters from companies. It is becoming increasingly difficult to prioritize learning over marks, even for the most diligent of students.

Even if we disregard the learning, there is a particular pride lined with scoring more marks than your peers as a result of hard work, which is now almost entirely absent due to “team effort” on most assignments. The temptation of free marks is a little too strong, and the few people who still stand by academic ethics are quickly dwindling in number. The cheating is causing many “undeserving” students to get high marks, and due to the focus on grading, this causes even more stress for other students – who in turn cheat.

Another, slightly more obvious repercussion of plagiarism is the subsequent arbitrariness of grading. The majority of students in almost any course, as a result of cheating or otherwise, have quite similar marks. This will lead to only minor differences in the final marks of students, and final grades will depend on subtle differences during exams. Especially with a large number of courses having a huge weightage for the end semester exams, this will work out worse for those who refrain from collaborating with others on exams.

Since it’s unlikely for someone to come out with an idea for remote proctoring in a closed-notes exam for which the community of students cannot find a workaround, the whole point of evaluation in such a semester comes into question.

The online semester has affected all aspects of our lives.

Academically, we have a far greater burden than we would have during a normal semester. The multitude of quizzes and assignments given by the professors have ensured that we have no time to relax at home, and it’s worse for those sitting for intern/placement season. Paradoxically, we are learning less than we did during an offline semester because there is barely any incentive to attend lectures anymore. Further, the rampant copying is demoralising, because fair evaluation seems like a dream in these trying times.

Socially, we are disconnected from our friends and classmates. Although many of us are still in touch with each other through virtual means, there is an undeniable lack of intimacy. An intimacy which is felt when eating together in canteens, or walking to lectures, or going out for a movie, or even bunking classes to hang out at the coffee shack. Sitting in our rooms, working like machines, we feel alone. Some of us don’t even have enough time for our families as we try our best to cope with the increased workload.

Physically, we are trapped within the four walls of our rooms, afraid even to leave our homes for a walk. Most of us have not been able to exercise regularly as we did on campus, where we always got to play our favourite sport or maybe visit the gym. Even walking (sometimes running) to lectures was an exercise in itself.

We have come to feel a lack of direction this semester. We are unable to see what we are working towards. Studying hard is not rewarded and attending lectures is pointless. We see no end to the constant workload. Compounded with an inability to blow off steam, these issues have become really difficult to deal with. What we need are answers from the administration on what is being done to deal with these problems. We hope the Open House will be able to provide a few.

Survey: Faculty Advisor-Student relationships and their roles in the institute